By Nigel Morris from The Driven

You have to hand it to Redfern based Fonzarelli Electric Moto – this little outfit is doing a decent job of innovating in the electric scooter segment right here in Australia.

I was invited to their office recently to test ride their all new NKD model prototype which is best described as a hybrid between a scooter and a motorcycle, with a slight off-road but modern flavour.

Fonzarelli have been really successful in developing and selling a growing range of all electric scooters over the last few years, and by my count are the number one supplier of electric two wheelers in Australia in volume terms. Quite an achievement.

As I walked from my nearby office to Fonzarelli HQ, I was struck by reality.

I watched a guy jump into his 5L V8 Maloo ute with his bread and milk and proceed to consume several litres of premium fuel and wake up the entire neighbourhood with his ridiculously loud exhaust system.

He made a statement and there are people sentimental about such noise; but quite honestly, a silent electric two wheeler would have been infinitely more suitable for the task at hand.

It was the perfect segue to a warm welcome, a fresh macchiato and meeting the team at Australia’s most successful electric two wheel outfit.

The new NKD model they presented has around 10kW of peak power and a 3.3kWh 72V battery utilising Panasonic cells, although final production specifications may change a bit.

Although it was a protype, the design was simple and effective featuring easily customisable body panels (in carbon fibre and alloy sheet), great access to the main components for serviceability and a neatly designed and very quiet belt drive. I dig the way it looks.

As a prototype, the NKD model I rode had a few minor issues and not all features were enabled but the team were keen to point out they are actively seeking feedback before going into final production, so that’s cool.

The bike has a claimed top speed of up to 100kmh although I wasn’t able to test that.

I’m also not clear yet how long it would sustain that type of speed before the battery started slumping or the main drive components start complaining about heat.

I don’t think this is big deal or a bad thing though because again, you have to stay focused on the machines intended purpose which is zipping around town.

Maximum range is a claimed 120kms, which sounds about right compared to my experiences on electric motorcycles.

As all EV owners know, however, this is dependent on many factors and I encourage the team to publish a wider range of range expectations under different conditions so potential owners aren’t disappointed.

The Fonz team cleverly integrated the AC motor into the rear swing arm, avoiding changes in drive belt tension (which is great for longevity) and the rear shock bolts directly to the motor too.

There are two charge ports (standard 10A IEC  ad Level 1) allowing owners to utilise the growing fleet of charge stations or normal outlets. With such a small battery capacity, larger chargers aren’t really needed for most owners.

I also learned that unlike their scooter models the battery will not be readily removable in the NKD.

I didn’t get to the bottom of why this was the case but honestly, I do feel like this would be a great feature given that urban dwellers in high density living may need to take the battery inside to charge.

I also predict that with its dual-sport-ish design, some owners will be tempted to do some light trail riding on this machine and a second (swappable) battery would be really valuable to them and could be a unique selling feature.

My guess is that weight is the main barrier here, but I’ll be watching the final specs closely on that one.

The controls, dash and features were decent quality and I really liked the reversing function although I’m not sure it’s essential on such a small machine.

The brakes were pretty standard fare for a machine of this size with front and rear discs and a twin pot caliper at the front.

The test machine did have a slight wrap in the front disc which was apparently the result of some pretty savage emergency stop testing, so I can forgive that.

The suspension was also pretty standard fare, had great adjustability and was nice and beefy looking, but I do hope they make sure that quality isn’t compromised on the production version in both these departments.

The initial feel was good. It felt compact but pretty solid and I didn’t feel like an ape riding a mini bike which is quite an achievement for a machine weighing a svelte 100kg.

Being equipped with twelve inch wheels and pretty chunky tyres it was extremely nimble, but didn’t take me long to adapt to and feel comfortable with while I zipped around the inner west streets of Sydney.

Being an electric motorcycle owner, quite honestly I was expecting to be a little disappointed with the power available, but the way the prototype delivers its 9.6kW of power is pretty snappy and I wasn’t using the most aggressive drive mode.

Off the line at traffic lights it really was pretty quick, no doubt helped by its light weight and the promise is that the production version will be materially faster.

Compared to my Zero which delivers power just a tad softer from a standing start (until it builds up), the NKD is able to deliver almost instant power which is perfect for its intended use as a commuter.

The power continued quite strongly to around 50kmh where it sort of flattened out a bit, again something that will increase in production according the engineers I talked with.

If you are used to a large capacity bike you will be disappointed but if you are switching from a small capacity bike or scooter and, need a machine to zip around our congested and speed limited city streets it hits the mark well and I reckon you’ll love it.

Horses for courses, I say.

With a dual sport look and some features that lend itself to some fun trail riding, I did ponder whether that would end up being a popular use case or just a nice styling feature.

To be practical for trail riding or a farmer for example, the NKD will need really good protection for its main components against water ingress, the ability to clear mud from the tyres easily and it will need to be strong as an ox.

To be fair, off road is not its main purpose but attention to details will at least allow a bit of weekend fun without compromising longevity.

During my chat with the Fonzarelli team, we talked a bit about a trend in electric motorcycles Im seeing around the world.

Whilst the large motorcycle segment is pushing out huge torque, power and ever better range there are a seemingly endlessly growing number of manufacturers producing bikes with around 10kw of power and 3-4kWh pf capacity.

This trend seems to indicate a sweet spot in price, power, weight and range that delivers very acceptable performance in the city – the electric motorcycle segment has split into two clear zones, and Fonzarelli are doing a great job in this popular segment.

Like all electric vehicles, you pay a premium up front but immediately start saving because there is virtually zero maintenance and a “tank” of energy will only cost around $0.60-$0.80c.

I reckon Fonzarelli have built a great looking machine that is well suited to it design intent and wish them huge success with the NKD. 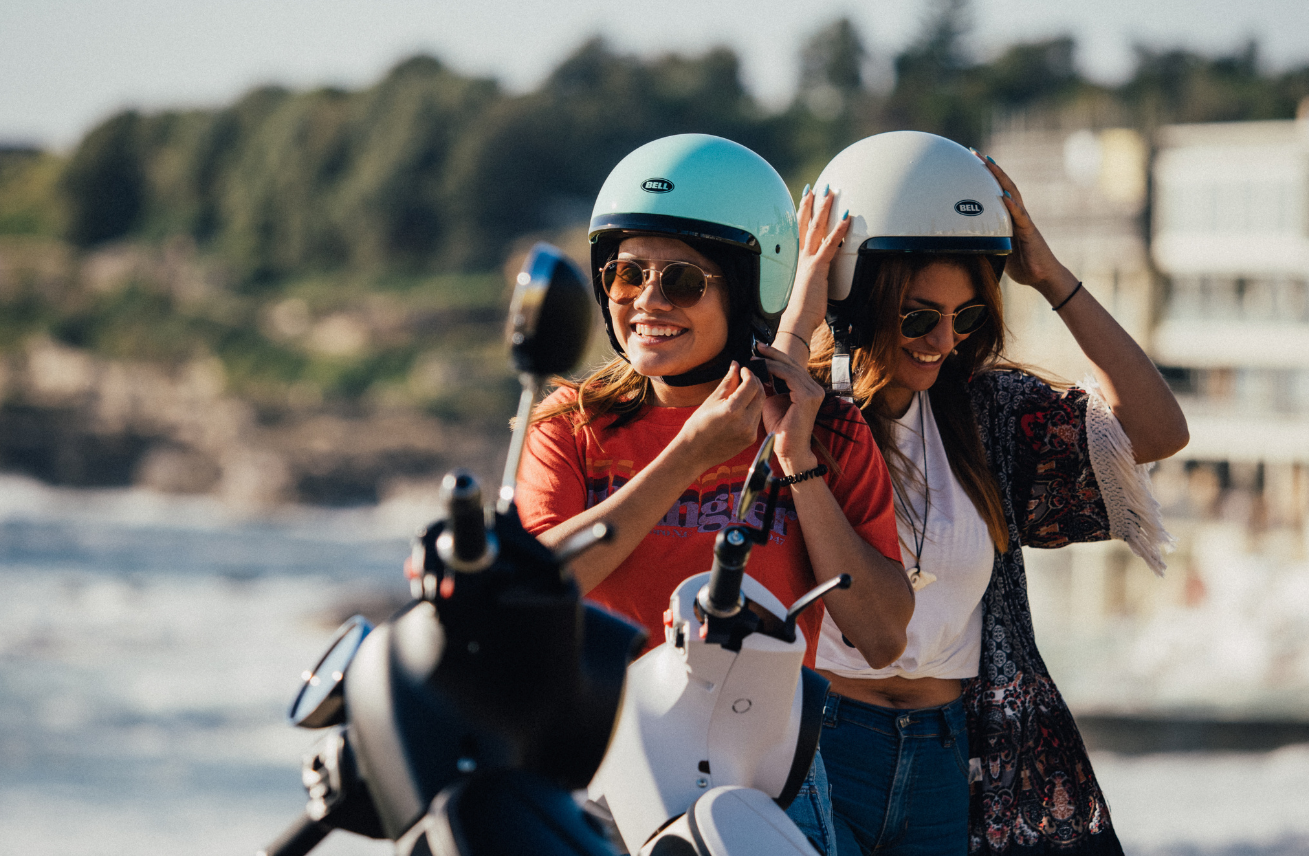